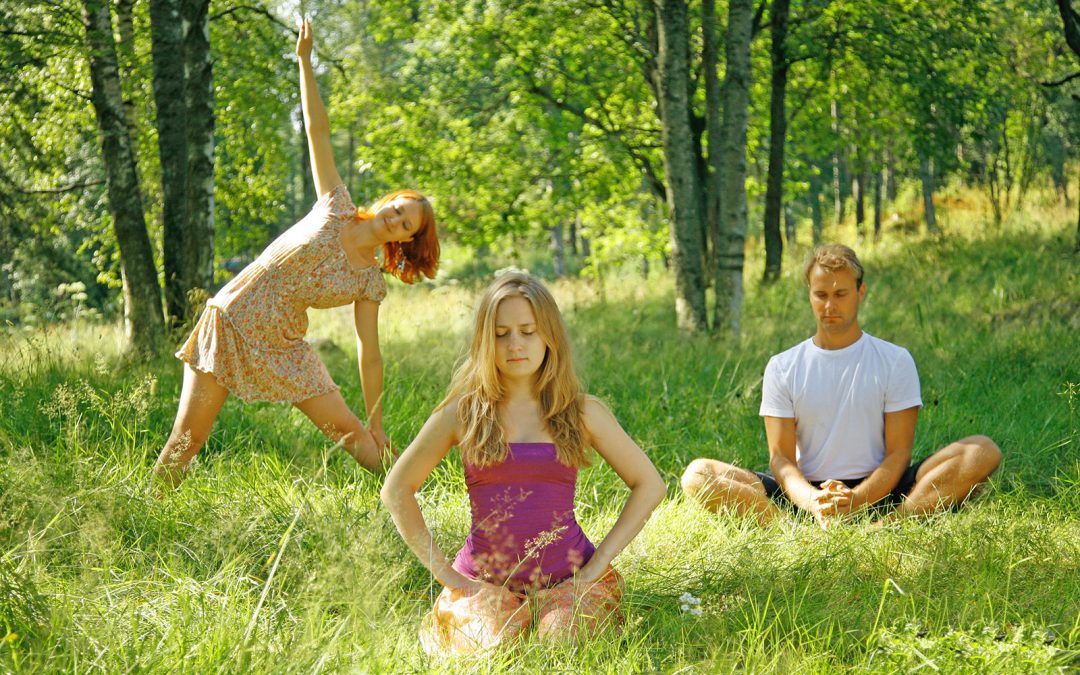 Although each of the blind men thought they understood what the elephant was (and were each partly correct from their own perspective), none truly could grasp the whole vision. People practice YOGA for different reasons and approach it in different ways, and so consequently for them yoga represents different things. Some want a strong, flexible and healthy body, whilst others want to experience euphoric states of relaxation. Others want to develop the power of their mental concentration, whilst others want to explore the subtle energies of nature and their own being. Others are intent on awakening the latent potentials (or paranormal powers) of their mind, others want to cure themselves of various diseases. Yoga is all of these things and yet it is more, for they all represent only aspects of what yoga can offer.

Yoga is an extremely complex spiritual tradition, having a history of over five thousand years. It possesses a very rich and extensive literature. Yoga is what we traditionally call “the knowledge of liberation”. We all seek, consciously or not, to rise above the limited notion of what we are, or more exactly, above what we usually think we are. We all desire to know ourselves, at least to some extent.
Yoga offers a path for deep introspection with the goal as Truth. Genuine YOGA implies confrontation with the fascinating mysteries regarding the nature of our microcosmic self. It deals with the eternal questions of life:

Who am I?
Where do I come from?
What is the purpose of my life?
What is going to happen to me after I die?

These questions are born from the soul’s impulses knocking at the minds door. Beyond the obvious benefits like eliminating stress, healing various illnesses, improving memory and concentration, balancing our emotions, handling better the challenges in life, the original purpose of Yoga is to teach us how to ask correctly and meaningfully the above mentioned questions, and how to discover the ultimate truth about the human being, Life and the Universe.

Although Yoga is not a religion it represents the nucleus of all religions. Religion comes from the Latin word ‘religiere’, which means to rebind, to reconnect. Yoga literally translates as to fuse, to unite, or to melt, to merge. This idea of reintegration into the original source of life is the original essence behind any religion.
Yoga teaches us that we are intimately connected to the entire Universe, that there is a Unity which exists in us and outside of us only we are not aware of it. Analogically, we are like the wave on an ocean who believes it is isolated and separate, yet in reality it is intrinsically connected to the infinite ocean of life. Yoga helps us lift the veil of this cosmic illusion to discover who we truly are and what we can become.

Yoga confers inner freedom and the understanding of the fact that everything is possible, though not all is allowed. Yoga is a science of immortality. It contains the methods for becoming fully aware of the mysterious aspects of being human, the hidden potentialities within ourselves, for surpassing the limitations of the ego and the deepening the self-knowledge.
Yoga leads to bliss (SAMADHI). Although this word exists and is common in every language, the word ”Samadhi” denotes a state accessible to only a small number of people. Experiencing this bliss means to be in full resonance with the beneficial energies of the Universe. By reaching the state of Samadhi or full bliss, the yogi obtains confirmation of completion. This is where the ineffable fusion occurs between man’s ultimate essence and the Supreme Macrocosmic Universal essence, God.

The oldest systematic description of the Yoga system is to be found in the YOGA-SUTRA of Patanjali (2nd century BC). It is a very brief guide which was used together with secret teachings. This is the reason why for the one that never practiced yoga it is still a text shrouded in mystery. However YOGA-SUTRA is still the most precise and scientific text ever written on Yoga. It describes the eight stages in Yoga:

YAMA and NIYAMA – inner and outer attitudes, whose aim is to harmonize our interactions with the outer world and with ourselves

PRANAYAMA – the accumulation of cosmic energy (PRANA) through rhythmic breathing.

PRATYAHARA – the withdrawal of the senses’ energy from their objects, with the purpose of focusing it towards our inner universe.

DHARANA – focusing the mind upon a unique object.

DHYANA – the unidirectional and continuous flow of mental processes around an object.

SAMADHI – telepathic identification of the object of meditation with the practitioner’s being. SAMADHI is the highest state of expanded consciousness and a complete participation of the human being to the Cosmic Life. SAMADHI is the ultimate goal in YOGA, leading eventually to the state of spiritual enlightenment and total wisdom.

MUKTI or ultimate spiritual freedom does not mean deliverance from the manifested world, but a close and permanent identity with the Supreme Consciousness, which is the true nature of one’s own self. Ultimate freedom is therefore possible only by realizing one’s own identity with the Universe. This ultimate spiritual state is NOT to be attained after death or in another dimension of Reality, but HERE and NOW.

“Only liberation in this life (JIVANMUKTI) is authentic liberation” – SPANDA PRADIPIKA.