What the yogi aims for through YOGA practice 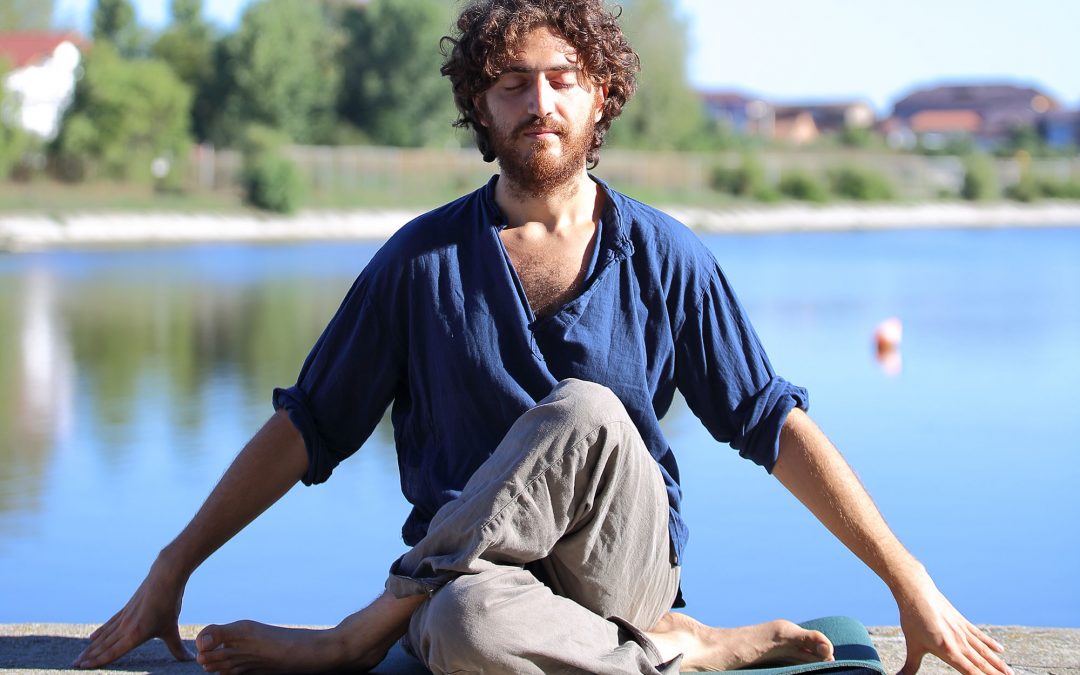 What does the yogi actually aim for?
What does he want by practicing YOGA?

A yogi wants more or less what we all want, often without knowing it clearly. He frantically aspires to embrace with his microcosm, of which he is fully aware, the Macrocosm or the Universe that is permanently embracing him; he aims to embrace the infinite embrace, which is ceaselessly embracing him.

Therefore, the yogi wants and longs to embrace the embrace that embraces him. Whether we are yogis or ordinary people, without any particular spiritual goals, consciously or not we all suffer because we cannot be EVERYTHING/ALL/WHOLE. Such spontaneous aspiration towards totality manifests in the tendency to include the surrounding environment, to absorb it inside.

In YOGA this is called the passing of the external world into the internal world of our inner universe, and the homologation of this full reflection will be directly certified in us through the appearance of an ineffable harmony that will be perceived as an oceanic happiness with endless shades.

This aspiration towards totality is characteristic to the entire manifested reality, but only in the case of the human being, and not even in this case does it truly succeed. At the organic level it covers the inferior form of “conquest” of the environment, its devouring, a despotic setting up upon it. As a matter of fact, in any despot there is this infirmity, this impotence to transform the being of the community that surrounds him into his inner world, an impotence of BEING in fact. In despotism, there is the struggle and the ridicule of a teardrop that wants to rule over the sea in an external manner: the despot does not take in the community that made him be, but he embraces it by force.

At the biological level, plenary love and Eros seem to be the only illustration of “TO BE”. Because in the moments of its complete, boundless, supreme realization, the blissful Eros is analogically speaking, the Blood we take over and deliver, hence mankind, together with its other specific realities – in other words the external world – that became entirely internal. In the fascinating mysteries of the triumphant Eros, as in any success of “TO BE”, there is a way to embrace transcendence. For the blood, as any other internal world is beyond its carrier, always transcendent in its own immanence.

Probably this is why the wise of the Orient say that, “when love is infinite, impossible easily becomes possible”.

In genuine spirituality (and not the simple, superficial spiritual concern to be constantly partially IN it) there is a way of obtaining completion through the assimilation of the rest you miss and stops you from being fulfilled, or in other words from BEING EVERYTHING/WHOLE.

Basically the yogi wants, through his contributions, aspirations, states and ideas to assimilate the external world, getting to embrace, due to this deep inner reflection, everything that embraces him: the nature, the community, the planet, the universe and even God Himself (almost).

The yogi fully wants almost with all his strength more or less what we all want: a refutation, unification, a way out from the trap of loneliness, in which one feels embraced and limited without embracing in return..

Why has Jesus been and still is often called “son of man” instead of “SON OF GOD”? Precisely because he has made the entire world his inner world. And  divinity is the meaning of this universality, once it has become inner dimension. Due to thousands of years of experience through direct practice, yogis believe that the transformation of the outer world into the inner one is the good sense of the infinite into the finite.